To get a better experience, try one of the supported browsers listed here.

A squad of ten girls from the Fourth and Fifth Year took part in the County Netball Tournament at the Southampton Sports Centre. There were 22 teams there from all over the County and the competition looked tough. In the morning's pool round the team started the day against the eventual winners Thornden a team comprising of a number of Regional, County and top club players our girls were beaten (13:1) but pleased with their performance. Second match was against Portsmouth High School who gave our girls a chance for a rematch having been beaten by them in a training match only last week. This match was very close and PHS only won in the final seconds by a turn of centre and a score of (9-7). The KES team were victorious for the rest of the morning with the following results:

As a result of their performance in the morning the girls secured a place in the County Cup Competition in the afternoon. This was also run as a round robin and the squad faced six more keenly contested matches. With wins over Cams Hill 9:4, Kings Winchester 10:6, Perins College 8:6, and rematches against Bohunt 12:6 and Bedales 6:3 the girls went into their final match of the day facing a must win gameagainst Priestlands who were also unbeaten. The girls played well but the Lymington team pulled away to win 5-11.

The girls should be very proud of their silver medals as they played some excellent Netball and really improved as a team as the tournament progressed. 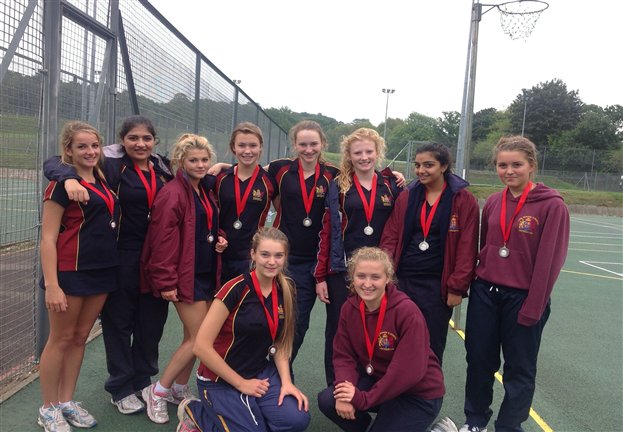